Is apple cider vinegar a powerful ‘cure all’ healing tonic? Well, when it is RAW and UNPASTEURIZED then science now says yes!

Apple cider vinegar is said to be a natural remedy for many ailments. Since the days of Hippocrates (the father of modern medicine – 400 B.C.E ), it has been used to fight infections due to its antibacterial, antifungal and antiviral properties. 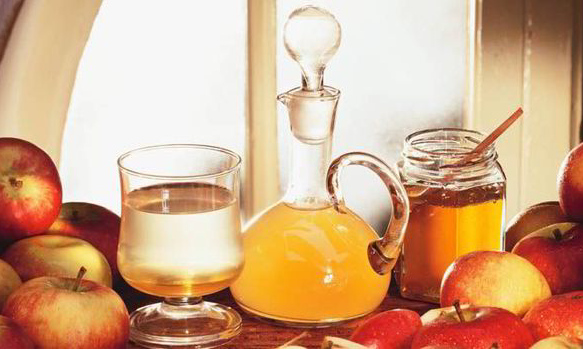 It is one for those folk tale remedies that has been reputed to help (if not cure) ailments such as allergies, acne, high cholesterol, joint pain, weight loss, rheumatism, arthritis, gout, lower high blood pressure, and it’s also been shown to help with type 2 diabetes by improving insulin sensitivity and much more.

Well, science has caught us with these ancient folk remedies and I am happy to reveal that the research results are very positive.

To name a few, it kills head lice, reverses aging, eases digestion, prevents flu, prevents acne, lowers blood pressure, reduces inflammation, kills fungus, regulate pH balance, dissolves kidney stones and helps relieve allergies, migraines, asthma, nausea, heartburn and wash toxins from the body. Can it really do all these things? You bet it can and more! But what does science say?

The effect of apple cider vinegar on blood sugar levels is perhaps the best-researched and the most promising of APV’s health benefits. Several studies have found that vinegar may help lower glucose levels. For instance, a study (White, A. Diabetes Care, November 2007) of 11 people with type 2 diabetes found that taking two tablespoons of apple cider vinegar before bed lowered glucose levels in the morning by 4%-6%. In another study from Arizona State University, subjects took a drink of 20 grams of apple cider vinegar and 40 grams of water. Those with insulin resistance who drank the vinegar had 34% lower postprandial (after-meal) glucose compared to controls. Vinegar may be the most cost-effective medicine in history, but most people with diabetes still aren’t taking it.

A 2006 study reported in Medscape General Medicine, showed evidence that ACV could lower cholesterol. In a study published in a foreign medical journal, scientists found an apple cider vinegar-enhanced diet may increase in HDL (good cholesterol), and reduce levels of triglycerides. Research in rats suggests that apple-cider vinegar can help control triglycerides and cholesterol (Journal of Agricultural and Food Chemistry, June 22, 2011).

Another study in rats found that vinegar could lower high blood pressure. A large observational study also found that people who ate oil and vinegar dressing on salads five to six times a week had lower rates of heart disease than people who didn’t. Researchers have suggested that ‘this reduction in blood pressure may be caused by the significant reduction in renin activity and the subsequent decrease in angiotensin II’. Potassium in the vinegar ‘balances sodium levels in the body, which aids in maintaining blood pressure within healthy limits’ and ‘apple cider vinegar also contains magnesium, a mineral that works to relax blood vessel walls and thus lower high blood pressure’.

A few laboratory studies have found that vinegar may be able to kill cancer cells or slow their growth. One study found that eating vinegar was associated with a decreased risk of oesophagal cancer. Another associated it with an increased risk of bladder cancer. In recent trials, pectin, which can be found in ACV, has shown promise in helping to slow the growth of cancerous cells within the prostate (http://www.news-medical.net/news/20100702/Modified-Citrus-Pectin-holds-promise-against-prostate-cancer.aspx). In addition, apple cider vinegar’s acidity aids in detoxifying and cleansing the digestive tract and cleaning out the colon, which supports the health of the prostate as well.

For thousands of years, vinegar has been used for weight loss. White vinegar (and perhaps other types) might help people feel full. A study (Ostman, E. European Journal of Clinical Nutrition, 2005) of 12 people found that those who ate a piece of bread along with small amounts of vinegar felt fuller and more satisfied than those who just ate the bread. A 2009 study on mice showed that consuming acetic acid (the active component in ACV) upregulates the expression of genes for fatty acid oxidation enzymes in the liver causing a suppression in body fat accumulation. In a double-blind experiment, obese Japanese were assigned to three different groups based on similar body weights, body mass indexes (BMI), and waist circumference. Each group drank a 500 ml drink containing either 30ml, 15ml, or 0ml of vinegar daily for 12 weeks. Those in the 30ml and 15ml groups had lower BMI, visceral fat area, waist circumference, serum triglyceride, and body weight to the control group of 0ml. The 12-week weight losses were modest: 1.2kg in the 15ml group and 1.7kg in the 30ml group. These two groups consumed a similar number of calories to the control group and also performed a similar amount of exercise, so the effect is not likely to have been due to an impact on appetite or other lifestyle changes. It was concluded that consumption of vinegar might reduce obesity.

SOURCE: To read the full article and discover more benefits for hair, face, sunburn, teeth lightening, and as a detoxification, tonic take a look at the post on http://fitlife.tv/

How to take apple cider vinegar:

Never use neat (undiluted) as it is an acid and will eat away at tooth enamel. It may cause burns to the sensitive tissues in your mouth and throat so in liquid form, diluted with water. A simple tonic can be made from 1-2 teaspoons apple cider vinegar, 1 teaspoon honey in a cup of warm water. There have also been reports of apple cider vinegar supplements in capsule form. make sure you take 8 oz pure water with your capsules to avoid causing tissue damage of the oesophagus.

Now it’s time for your say

Apple cider vinegar and apple cider vinegar pills have become a popular dietary supplement. I have found it works to relieve acid reflux and I have seen results with dissolving kidney stones. What about you? We would love to hear your Apple cider vinegar questions and results and find out about any great tips or stories you have to share with others. After all, what works for you might help someone else.

As always, your interaction with our posts creates a reservoir of wisdom for all our readers to benefit from so please share your thoughts, stories and questions in the comments box below and remember to tweet, like and +1 ~ thanks we appreciate it.

Maya Mendoza is a published author of 3 personal development books. She has run an NLP / EFT Practice for 29 years helping clients transform problems into personal power. Maya is also a accomplished copywriter and well known Digital Marketing & Social Social Media Strategist - Specializing in Google+ for business. She was named "best marketing consultant" in Glasgow, UK in 2013.

Maya works with Authors, Coaches and Small Business owners helping them sky-rocket thier income by achieving "expert authority" status within thier niche. If you want help in building your expert profile on-line then take a look at www.MayaMendoza.com to learn more about how Maya's expertise can showcase yours across the web.

Previous: Wedding planning stress? How to use your wedding to strengthen your relationship
Next: “It’s Over” How to survive a relationship breakup.

5 Proven Ways to Cope With Stress and Anxiety (and feel better fast).

Chakra Balancing- How to charge up your energy body batteries

This site uses Akismet to reduce spam. Learn how your comment data is processed.