Have you tried yoga?

Many people see Yoga as a form of physical exercise and in the West Yoga is often used to help improve body fitness and flexibility. However Yoga has far reaching health effects that go far beyond the physical. 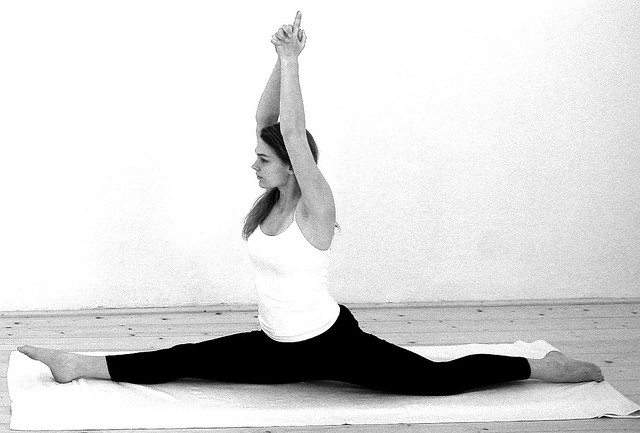 Those of us that practice Yoga already know that it is a great stress buster, and while the effects of yoga on the spiritual aspects of the mind (e.g., inner peace) are well documented, until now its effects in major clinical psychiatric disorders were less know or recognized.

Now I’m delighted to say that there is evidence from randomized trials to support the widely held, popular belief that yoga in beneficial in helping people struggling with sleep disorders and symptoms of depression.

If lack of sleep is an issue for you, yoga can help give you the good night’s rest you crave.

Through the gentle physical exercise, breathing techniques and complete relaxation yoga encourages, you can promote regular and restful sleep patterns without resorting to medication.

The cumulative effects can be profound. While there are classes across the UK, there are also videos which allow you to do these easy-to-follow postures at home.

There is even a form of yoga devoted to promoting good sleep — Yoga Nidra — which involves lying down and being talked through a meditation, as well as visualisation and breathing routines designed to plunge you into a state of ‘conscious deep sleep’.

He conducted a study with 20 chronic insomniacs who were taught, and then practised, yoga breathing, meditation and postures before bed over eight weeks. At the end they reported significant improvements in sleep time and sleep quality.

Roger Cole is both a yoga teacher and a research scientist who studies the physiology of sleep. The most common type of sleeping problem Roger sees is what’s known as ‘sleep maintenance insomnia’, which involves falling asleep for a while but then waking and being unable to go back to sleep.

It’s a common disorder in which the nervous system is turned up too high so the brain waves remain too active. As a result you can’t stop thinking. Most people, says Roger, need a calming yoga routine to help them with insomnia, although those who lead sedentary lifestyles will need not just a calming practice but more active postures as well to help them release pent-up tension (think of a dog which hasn’t had a walk).

He believes a well-rounded yoga practice that includes both active and relaxing postures is best for improving sleep. His tip is to do the practice after work in the evening, but within a couple of hours of going to bed, so your mind has time to wind down before you try to sleep.

According to a new study published in Frontiers in Psychiatry, it actually eases symptoms of other more serious psychiatric disorders too and is effective, as an augmentation therapy.

The researchers reviewed a total of 124 trials and studies that link yoga and mental health, and concluded that yoga has beneficial affects for those with select psychiatric disorders, including depression, schizophrenia and ADHD. The study’s authors wrote:

There is emerging evidence from randomized trials to support popular beliefs about yoga for depression, sleep disorders, and as an augmentation therapy.

What do you think?

Do you have trouble unwinding at the end of the day? Is stress getting you down? What methods have you have tried to relax and get a better nights sleep? What has been working for you? What would you recommend to others? And why?

As always, your interaction with our posts creates a reservoir of wisdom for all our readers to benefit from so please share your thoughts, stories and questions in the comments box below and remember to tweet, like and +1 ~ thanks

Additional Resources
How To Eliminate Stress And Anxiety With Yoga
Yoga Stretches for Low Back Pain & Sciatica
Great Yoga Q&A: All you need to know to get started in Yoga

Maya Mendoza is a published author of 3 personal development books. She has run an NLP / EFT Practice for 29 years helping clients transform problems into personal power. Maya is also a accomplished copywriter and well known Digital Marketing & Social Social Media Strategist - Specializing in Google+ for business. She was named "best marketing consultant" in Glasgow, UK in 2013.

Maya works with Authors, Coaches and Small Business owners helping them sky-rocket thier income by achieving "expert authority" status within thier niche. If you want help in building your expert profile on-line then take a look at www.MayaMendoza.com to learn more about how Maya's expertise can showcase yours across the web.

The scientific truth behiend affirmations: Proof that DNA is programmed by words

How to overcome overwhelm and find inner calm and peace

This site uses Akismet to reduce spam. Learn how your comment data is processed.